After graduating from my Biology degree at Oxford I moved to University College London for a combined MRes-PhD programme in the deeply interdisciplinary CoMPLEX (Centre for Mathematics & Physics in the Life Sciences and Experimental Biology).

During the first year, the MRes (Master of Research), I was exposed to an enormous amount of physics and instrumentation, as well as mathematical modelling and computational approaches. During this MRes I worked on several small projects, including one on the numerical modelling of chaotic systems – see Runge-Kutta and the Lorenz Attractor – and I published my first paper, on my analysis of the connection architecture of the network of interacting genes that guards our cells against turning cancerous – Robustness of the p53 network and biological hackers (see my bibliography for a downloadable pdf).

I also worked on a class of optical illusions that disrupt the accurate perception of movement, called motion illusions, that I believed to be linked to a particular display exhibited by cuttlefish. The write-up of this, complete with animations of the motion illusions is available as Motion illusions & active camouflaging.

My major research project for the MRes continued my preliminary work on motion illusions, and a pdf of the final report is available as  Illusions disrupting the accurate perception of velocity and position. 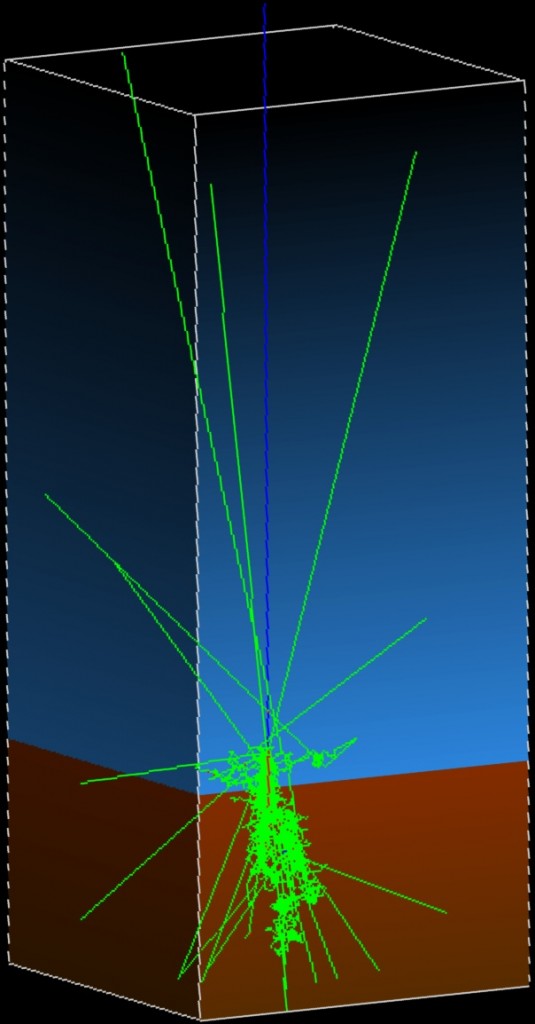 After completing the MRes year, CoMPLEX offers the phenomenal opportunity of being able to chose your own PhD project on the interfaces of biology and approach your own potential supervisors, already fully-funded. I took this chance to move into the  field of astrobiology and the search for life beyond Earth. Supervised by Andrew Coates (Mullard Space Sciences Laboratory) and John Ward (Microbiology) I devised an interdisciplinary research project combining computer modelling of the high energy particle physics of cosmic rays and irradiation experiments of extremophile bacteria I isolated from the Dry Valleys in Antarctica, submitting my thesis in 2007. I published a number of papers from this PhD work and my thesis has since been republished by the academic publishers as ‘Martian Death Rays‘. The abstract of my thesis is:

Any microbial life extant in the top meters of the martian subsurface is likely to be held dormant for long periods of time by the current permafrost conditions. In this potential habitable zone, a major environmental hazard is the ionising radiation field generated by the flux of exogenous energetic particles: solar energetic protons and galactic cosmic rays. The research reported here constitutes the first multidisciplinary approach to assessing the astrobiological impact of this radiation on Mars.

A sophisticated computer model has been constructed de novo to characterise this complex subsurface ionising radiation field and explore the influence of variation in crucial parameters such as atmospheric density, surface composition, and primary radiation spectra. Microbiological work has been conducted to isolate novel cold-tolerant bacterial strains from the Dry Valleys environment of Antarctica, an analogue site to the martian surface, and determine their phylogenetic diversity and survival under high-dose gamma-ray exposure frozen at -79◦C, a temperature characteristic of the martian mid-latitude permafrost.

Original results are presented pertinent to microbial survival time, persistence of organic biomarkers, and calibration of the optically stimulated luminescence dating technique, as a function of depth. The model predicts a population of radiation resistant cells to survive in martian per- mafrost soil for 450,000 years at 2 m depth, the proposed drill length of the ExoMars rover. The Antarctic culturing studies identified representatives of four bacterial genera. The novel isolate Brevundimonas sp. MV.7 is found to show 99% 16S sequence similarity to cells discovered in NASA spacecraft assembly clean rooms, with the experimental irradiation determining this strain to suffer 10−6 population inactivation after a radiation dose of 7.5 kGy in martian permafrost conditions. Integrating the modelling and experimental irradiation, this research finds a contaminant population of such cells deposited just beneath the martian surface would survive the ambient cosmic radiation field for 117,000 years.